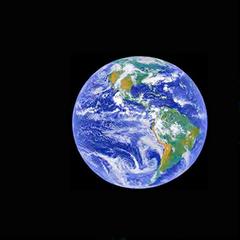 The history of Earth Day goes back to  September 1969 at a conference in Seattle, Washington, where U.S. Senator Gaylord Nelson of Wisconsin announced that in spring 1970 there would be a nationwide grassroots demonstration on the environment. This occurred during a time of great concern about overpopulation and when there was a strong movement towards "Zero Population Growth."

Nelson viewed the stabilization of the nation's population as an important aspect of environmentalism and later said:

"The bigger the population gets, the more serious the problems become ... We have to address the population issue. The United Kingdom, with the U.S. supporting it, took the position in Cairo in 1994 that every country was responsible for stabilizing its own population. It can be done. But in this country, it's phony to say 'I'm for the environment but not for limiting immigration.'"

Senator Nelson first proposed the nationwide environmental protest to thrust the environment onto the national agenda.” "It was a gamble," he recalls, "but it worked."

Five months before the first April 22 Earth Day, on Sunday, November 30, 1969, The New York Times carried a lengthy article by Gladwin Hill reporting on the rising hysteria of "global cooling":

"Rising concern about the environmental crisis is sweeping the nation's campuses with an intensity that may be on its way to eclipsing student discontent over the war in Vietnam...a national day of observance of environmental problems...is being planned for next spring...when a nationwide environmental 'teach-in'...coordinated from the office of Senator Gaylord Nelson is planned...." Senator Nelson also hired Denis Hayes as the coordinator.

April 22, 1970, Earth Day marks the beginning of the modern environmental movement. Approximately 20 million Americans participated, with a goal of a healthy, sustainable environment.

Denis Hayes, the national coordinator, and his old staff organized massive coast-to-coast rallies. Thousands of colleges and universities organized protests against the deterioration of the environment. Groups that had been fighting against oil spills, polluting factories and power plants, raw sewage, toxic dumps, pesticides, freeways, the loss of wilderness, and the extinction of wildlife suddenly realized they shared common values.

Mobilizing 200 million people in 141 countries and lifting the status of environmental issues onto the world stage, Earth Day on April 22 in 1990 gave a huge boost to recycling efforts worldwide and helped pave the way for the 1992 United Nations Earth Summit in Rio de Janeiro.

As the millennium approached, Hayes agreed to spearhead another campaign, this time focused on global warming and a push for clean energy. The April 22 Earth Day in 2000 combined the big-picture feistiness of the first Earth Day with the international grassroots activism of Earth Day 1990. For 2000, Earth Day had the Internet to help link activists around the world. By the time April 22 came around, 5,000 environmental groups around the world were on board, reaching out to hundreds of millions of people in a record 184 countries. Events varied: A talking drum chain traveled from village to village in Gabon, Africa, for example, while hundreds of thousands of people gathered on the National Mall in Washington, D.C., USA.

Earth Day 2000 sent the message loud and clear that citizens the world 'round wanted quick and decisive action on clean energy. Earth Day 2007 was one of the largest Earth Days to date, with an estimated billion people participating in the activities in thousands of places like Kiev, Ukraine; Caracas, Venezuela; Tuvalu; Manila, Philippines; Togo; Madrid, Spain; London; and New York.

What is Iceland doing on Earth Day?