Nordic strategy for the people, environment and safety of the Arctic 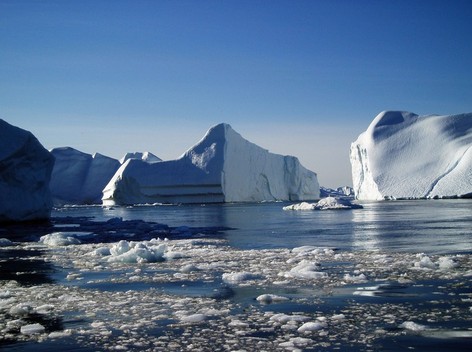 The Arctic faces huge challenges, and the Nordic Council has issued a call for unity behind proposals for healthy and positive development in the region. At its theme session in Iceland, 22-23 March, the Nordic Council called on the governments of the Nordic countries to draw up a strategy for co-operation on the Arctic.

"The strategy will further enhance the status of Nordic Region as an enterprising and unifying force dedicated to the betterment of the people, the environment and safety in the Arctic," says the President of the Nordic Council, Kimmo Sasi.

The Arctic has long featured high on the Council's agenda. The time is now ripe for a strategy that looks to the future and is robust enough to enable the Nordic countries to exert greater influence on the Arctic Council and other arenas for political development in the region.  An addendum to the resolution adopted at the theme session proposed that the EU be granted permanent observer status on the Arctic Council.

Sweden currently chairs the Arctic Council. It succeeded Norway and Denmark and the Nordic countries have availed themselves of the opportunity presented by this continuity to clarify joint goals and priorities. Canada takes over in 2013, and the Nordic Council thinks that it is important that the overall course does not change. It is therefore calling on the Nordic governments to back a joint strategy for Nordic co-operation on the Arctic.

The first objective of the work on the strategy will be to identify objectives around which unity can be forged, followed by agreement on the instruments that will achieve them. The purpose of the proposal is to support and strengthen the Arctic Council and other stakeholders interested in a positive future for the Arctic.

Climate change will make a considerable difference to living conditions for the people of the Arctic. The potential for a healthy and enriching future will, therefore, be a key aspect of the Nordic initiative, i.e. striking a balance between the rights of the local population, the need to protect vulnerable natural habitats and the growing global interest in exploiting the natural resources and transport routes that are emerging as the ice melts.

An intergovernmental body that addresses Arctic issues. Members: Canada, the USA, Russia, Denmark, the Faroe Islands, Greenland, Finland, Iceland, Norway and Sweden. The Nordic Council of Ministers is one of the bodies that has observer status. Sweden holds the Presidency 2012. Canada takes over in 2013.

In 2006, the EU's Northern Dimension (established 1997) was transformed into a partnership between the EU, Iceland, Norway and Russia.  They work together on issues such as the environment, health, finance, transport, logistics and culture.