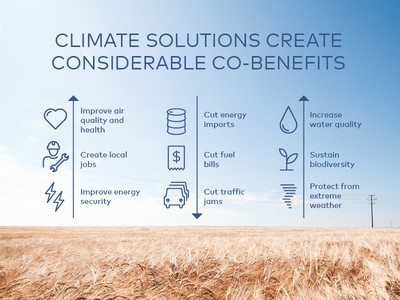 By scaling up just 15 proven Nordic solutions, countries all over the world can save 4 Gt of emissions every year by 2030 which is as much as the EU produces today. The costs for this scale-up equal the amount spent in just 9 days on fossil fuel subsidies.

These results come from the Nordic Green to Scale study which will be launched today at the UN Climate Conference (COP 22) in Marrakech. The Finnish Innovation Fund Sitra has partnered with the Nordic Council of Ministers and distinguished institutions from all Nordic countries to answer a simple question: how far could we go simply by scaling up existing Nordic low-carbon solutions to a level of adoption in 2030 that has already been achieved by one or more Nordic countries today.

“We have to work fast in order to achieve the goals set in the Paris agreement. This Nordic study shows that there are already plenty of proven low-carbon solutions available, and at an affordable cost. There is no reason to wait. The time to deliver is now”, says Minister of Agriculture and the Environment of Finland Kimmo Tiilikainen, Chair of the Nordic Council of Ministers for the Environment.

“The main concern decision makers have is that it’s either too difficult or too expensive to rapidly reduce emissions,” says Senior Advisor Oras Tynkkynen, who led the Nordic Green to Scale analysis on behalf of Sitra. His track record includes participation in seventeen UN Climate Conferences (since Kyoto in 1997).

“Our objective with this study is to highlight what different countries have already achieved on climate action and what other countries can learn from their successes. As much as we appreciate the importance of innovation and new technology, there’s no excuse for not taking action today and introducing the solutions that are already available,” Tynkkynen says.

Reductions are needed in all sectors

The Nordic Green to Scale study shows that emission reductions can be reached efficiently in all key sectors: energy, industry, transport, buildings and households, as well as agriculture and forestry. Here are some examples of what these inspiring solutions offer: 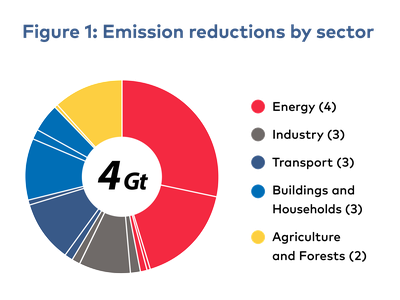 Who is behind this study?

Nordic Green to Scale was produced as a joint project of institutions from all five Nordic countries, along with the Climate and Pollution Group of the Nordic Council of Ministers:

The Nordic Green to Scale study analyses the scale-up of 15 Nordic climate solutions. These 15 add to the selection provided last year by the global Green to Scale project, which showed that by scaling up just 17 proven low-carbon solutions, global emissions could be cut by 12 Gt CO2e by 2030. This global project was completed by Sitra in 2015 with leading climate institutions from 10 different countries.

Published in Helsinki by Sitra and the Nordic Council of Ministers, 2016

Published in Copenhagen by the Nordic Council of Ministers, 2016

List of all 15 Nordic solutions analysed in the Nordic Green to Scale study
(Nordic reference case in parentheses):