50 years since publishing of Silent Spring 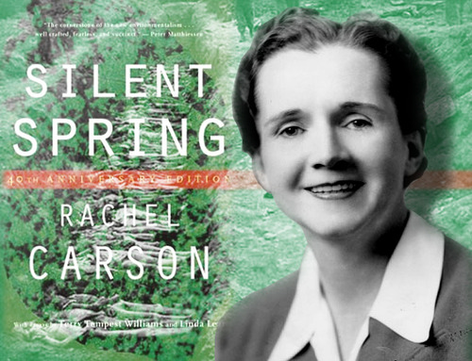 The lecture is held in collaboration with the Gender Studies and Equality Training Programme at the University of Iceland (www.gest.hi.is).

But a closer look at pesticides in contemporary America reveals that we still use pesticides with wanton indifference to human and environmental health. A campaign in summer 2012 to spray much of Massachusetts to eradicate disease-carrying mosquitos provides a case study that shows how little information most citizens are given about pesticides, how much acquiescence there is when officials say spraying is necessary for public health, and how little those officials themselves know.

Rachel Carson worried about the “over 200 chemicals that have been created for use in killing… pests" and the “500 new chemicals that annually find their way into actual use in the US alone.” The U.S. Environmental Protection Agency has by now approved over 1400 pesticides for use, and maintains a list of about 87,000 chemicals in its Toxic Substances Inventory. Pesticide use is out of control -- we're just more worried about it now.