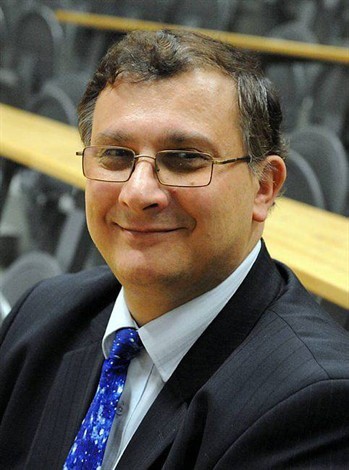 First of all we have published the most comprehensive life long mammalian toxicological study ever performed on an agricultural GMO and a pesticide in formulation with its adjuvants, because we are exposed daily to these products. Overall for NK603 no study was over 90 days, for the authorizations Monsanto worked on 10 rats measured per group on Sprague Dawley rats (blood, urine analyses...). If 10 rats is a too small number per group to conclude on safety, like W.H. says, then the NK603 and most agricultural GMOs should be forbidden.

We are surprised for that by the violent and rapid answers by scientists within 24 h? What are their financial interest?, or were they involved in the insufficient assessment of agricultural GMOs on health as we have published (papers joined). We are not surprised that the first reactions come essentially from people that do not have published any peer reviewed scientific papers on mammalian or human pathophysiological and toxicological studies.

This is the case for Maurice Moloney working on GMO development and patents, not on food security. David Spiegelhalter is a statistician defending GMOs. Wendy Harwood works on the techniques of transgenesis at a research level to promote genetic constructions. Anthony Trewavas is one of the most known pro-GMO activists and has a list of scientific papers not on the subject but is known to attack organic agriculture. Ottoline Leyser has never worked on animals but on plants, like Mark Tester on grains technology. Tom Sanders has effectively nutrition but not really toxicological papers but never on GMOs. Alan Boobis by contrast, probably the coordinator, has publications in the field but is well known for his links with Monsanto, Bayer, Basf, etc., companies developing GMOs.

All this may explain the arguments that do not recognize the length and detailed study but rather focus so immediately on three kinds of arguments:

I. Non serious or stupid ones:

(i) The Fig. 1 or others do not present any control according to M.M. They are in fact represented in dotted lines like indicated in the legend. This written criticism is unacceptable from a real scientist knowing how to read a legend. W.H. says the same. The controls in Table (2) are always the same numbers than the treated groups (10) by contrast to M.M. affirmation. The numbers of rats in parentheses in Table 2 are the ones reached by pathologies by the end of the experiment as indicated in the legend. Again, this is a lack of knowledge in reading. This is unacceptable at this level. For sure, this may be explained by the fact that M.M. has no publications in this domain. The photographs of organs and tissues include of course controls (Fig. 3) indicated by C. The photograph of a normal rat of course is useless even if we understand that M.M. has never worked on rats. There were 3 tumors in controls up to 650 days, 2 times more in 7 treated groups on 9, for instance. These are crude results by contrast to the "superficial" D.S. report.

(ii) The intermediate dosing has been performed (answer to M.M.). Three doses have been given for each treatment as recommended by OECD norms, by contrast to what has been performed (2 doses only) by Monsanto in the regulatory tests given for NK603 authorization (like for their other GMOs, Hammond et al., 2004). However with 2 measures they were already claiming no dose-response relationship! The full data that have served to authorize NK603 and Roundup formulations should be made available too, in order to answer to W.H. Civil society is now requesting that by law. Then it will be possible to compare.

(iii) Apparently W.H. does not know the Hammond study that has allowed the GM maize authorization. It contained in the treated groups 11 or 33% maize. The diet does not contain 11% maize but 11% GM maize on 33% maize. Is W.H. a specialist in rat nutrition?

(iv) Erroneous, false or stupid affirmations in the list of further comments: No results given for non GM maize, no problems reported, there are no 2-year long regulatory tests in UK, the authors do not suggest effects of GM (O.L.), no epidemiological studies demonstrated risks in countries where there is no GM traceability, (of course! M.T.), longevity increases in the US: NO...). The "historical" ?? or no maize based diets should be included. Too many questions in the same protocol if this is done, this would artificially increase the variability of the control group, like Monsanto did in 90 days tests (answer to A.B.). Wrong : The pesticide itself has been subject to long term studies in rodents... A.B. speaks about glyphosate ignoring the difference with Roundup, we guess.

II. The ones that can be discussed:

(i) We acknowledge that Roundup necessitates further studies on a long term (W.H.), this is why we did this. There are contradictory things in the 3 pages.

(ii) Our diets were demonstrated as substantially equivalent (answer to T.S.) and controlled for mycotoxins and phytoestrogens of course! We are in a GLP environment, this is indicated.

(iii) No effects were reported before by studies mostly from companies because they stopped at 90 days! Look at our tumors curves up to 90 days! (answer to M.T.)

(iv) One event in one gene risk (M.T.). This GM character is representative to 80% edible GMOs. We have explained that the risk was linked to this character according to our results.

(v) on statistics.
These are not really conventional for M.M. and T.S. Yes, they are very modern and potent like for genomic studies and complex analyses of multiple variables for biochemistry. The crude data on mortality and tumors are facts and do not necessitate a variance. Kaplan Meier curves would have necessitated to make hypotheses that are not applicable here. We recall that statistics in the Monsanto's paper (Hammond et al., 2004) that allowed the NK603 authorization were highly insufficient according to agencies. There are numerous opinions published on that, test length was only 13 weeks. This is a research and not a regulatory paper. Instead of simple statistics non appropriate for discrete variations within 10 rats (we agree) we have correlated macroscopic, microscopic, and biochemical variations to understand the pathologies.

(vi) The Sprague Dawley strain of rats is not adapted for this kind of study because it develops mammary tumors. Of course, like in a population of animals or humans, they may be tumors in controls. Some strains are effectively more sensitive than others. This is why we have reported tumors in controls by contrast to what M.M. says (dotted line). The majority of controls never developed tumors (Fig. 2) during more than 650 days by contrast to what the statistician D.S. says, without probably having a long scientific look of the paper. One rat on 10 developed a tumor in males by the end of the experiment, and in sensitive females 4 up to 650 days or more; the chronology of tumor developments is crucial to observe to see the differential effects. Controls are always below all treated groups. These are factual curves. All the groups had 10 rats measured for all parameters like in the regulatory tests accepted for GMOs authorizations. Of course, the effects are measured by the difference with treated groups on the same number of rats. The same strain of rats was used in other GMOs regulatory tests allowing market authorizations. Thus if the unacceptability of this strain or the number of rats per group was true all GMOs should be forbidden immediately. Moreover, to make relevant tests for the potential development of mammary tumors it is better to use sensitive strains and to compare to controls, in order to compare with the most genetically sensitive part of a population. Once again, M.M. appears to have no knowledge on rats. The carcinogenesis studies may request 50 rats but this study had no reason to be designed as a carcinogenesis study only since a numerous of other pathologies necessitated to be observed.