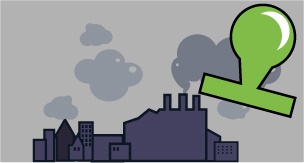 What are Environmental Standards?

As environmental information is often somewhat limited, there is a general tendency to measure those environmental factors that can be measured instead of measuring those factors that are critical. The basis for all standards and goals is to know the basic position before the standards and goals are put forward. Without knowing the current position it is very difficult to know whether specific goals have been met or standards have been fulfilled.

Not knowing the current position is probably the most common mistake companies make when defining their environmental goals. The goals often become nothing else than a pretty purpose without possible verification of whether they have been reached or not. A basic precondition for all goal making is to define the current position before the goals and standards are defined.

The Nature of Good Environmental Standards:

Good environmental standards and goals have to fulfil a few simple conditions:

They can be measured

Environmental standards and goals do not necessarily have to be numerical, but they must be quantifiable and measurable in some way. This means that it has to be clear when exactly a goal has been reached. An example of a measurable goal is a goal that is not numerical is that all employees should receive 4 hours education about the environment in the next 12 months. This is not a numerical goal, but it is clear that it has been reached when all employees have received the necessary environmental education.

Are built on basic guidelines and have a defined time frame

Goals have to be based on known basic facts. A goal to reduce the use of fuel by 5% in fact says nothing. This goal does not specify what is the basic figure nor when the goal shall be reached, i.e. next year or during the next 10 years. Better would be to construct a goal that would state that vehicle fuel use should be reduced by 5% during the year 2009 compared to the year 2008.

Are clearly specified and use a known method of measurement

When goals are defined it is also important to specify right from the beginning, how to demarcate and measure the said goal. A common mistake is when a company specifies that it will diminish energy use by X% during a specific interval. If we continue using the example of 5% reduction of fuel use during a 2-year interval, the question arises whether the goal should only include vehicles owned by the company or also vehicles owned by the employees themselves but used during work hours. This has to be defined before the goals are stated. It is also possible to measure things in many different ways and it has to be clear right from the beginning how to measure the goal. If the specifications are unclear from the beginning, the results will always be unclear.

Goals have to be realistic. There is no sense in setting a goal which already has been achieved or which never will be reached. Those goals will never serve the purpose of measuring the environmental work in the company. Instead they only reveal that the company is not in fact working according to environmental standards.

Consider external influences and changes in the market environment

Goals always have to be defined in such a way that it is the employees themselves that attain the goals using their own methods instead of relying on favorable external circumstances. If the goal is for instance to reduce energy use by 5% but at the same time if production diminishes by 20% it is clear that the goal was attained due to unfavorable external conditions. Sales diminished by 20% and therefore it is only reasonable that the result will reflect this fact. Goals are therefore often stated with reference to other factors such as turnover, sales figures, km driven per vehicle, number of employees and so on. There are however some exceptions from this, for instance companies generally specify goals about how to reduce their emissions of greenhouse gases without considering factors such as turnover or number of employees. In this case the company may not be reducing it’s energy use but changing into more environmentally friendly energy sources.

What comes in must go out

Rather fancifully it can be said that defining environmental goals depends on measuring what comes in and must go out. By measuring that which we consume and release we can estimate how much is wasted within the company. More waste means more environmental damage, which usually is also connected to economical values as well. The environmental standards usually try to make more from less, which also can be called more environmental efficiency.

By defining what comes in we are discussing for instance the following options:

An example of environmental goals are:

Outflow is usually divided into the pollution of water and the ocean, atmospheric pollution and waste. Here we may be considering the emission of carbon dioxide into the atmosphere, aerosol pollution, sulfuric pollution or other emissions that can be traced back to the industry in question. It is most common that companies assess their waste production for the simple reason, that it is usually easy to assess, even though it not always the most important environmental factor.
It is becoming more common that companies assess carbon dioxide pollution rather than energy use, as renewable energy sources such as methane and hydrogen are becoming more common. Outside Iceland energy sources such as ethanol and biofuels, windmills etc. are becoming more prevalent. It is possible to influence aerosol pollution by using the right vehicles and tires. Waste can be minimized using sorting at the source and also by buying the right products. Buying garbage is creating garbage right from the start.

Examples of environmental goals of waste going out:

Examples of such goals can be:

Here above, the main factors have been discussed which are necessary to keep in mind when companies set their goals both related to the environment and otherwise. The goals can be very different depending on companies and their type of business. Service providers often set goals for themselves which are related to waste disposal, employees and fuel use, while producing companies emphasize better use of raw materials and energy usage. It does not matter which type of company we’re talking about. Everyone can set thenself a goal. The first step, to assess the situation as it now is, is the most important step. Usually many unexpected things are revealed during such assessment. To design environmental goals is a process that can take a couple of years. It is easy to set the first goals, because many environmental aspects can be selected. At the same time the first goals can be difficult to define, as the basic position is often not known and it is a learning process to find and summarize the information so that it reflects the goal in question. This learning process can last from 12 to 36 months.