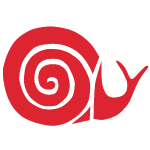 Slow Food began in Italy with the founding of its forerunner organization, Arcigola, in 1986 to resist the opening of a McDonald's near the Spanish Steps in Rome. In 1989, the founding manifesto of the international Slow Food movement was signed in Paris, France by delegates from 15 countries. At its heart is the aim to promote local foods and centuries-old traditions of gastronomy and food production. Conversely this means an opposition to fast food, industrial food production and globalization.The Slow Food organization has expanded to include over 100,000 members with branches in over 150 countries. Good, clean and fair is the motto of Slowfood.