Redefining the Concept of Sustainable Development 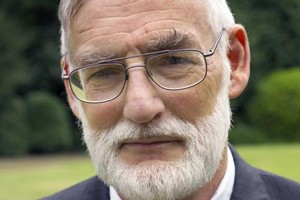 Dr . Dennis Meadows will give a lecture organized by the Institute for Sustainable Development, where he will discuss the need to revise the concept of sustainable development. The rich cannot expect to get increasingly more while the poor struggle to achieve the same standards. Societies based on market capitalism and growth of gross domestic product (GDP) cannot continue in the long run, because growth requires energy and scarce resources. Sustainable development needs to promote effective changes that occur with the participation of people and not by government coercion. We need to increase the resilience of communities and offer different solutions because no one solution fits all. It is important to network those who would want to lead these changes, and keep in mind that it will take a long time.

Dr . Dennis Meadows is a professor emeritus in the systems management and is former director of the Institute for Policy and Social Science at the University of New Hampshire, but now he runs a Laboratory for Interactive Learning. Dr. Meadows is best known for being the co-author of the report Limits to Growth, which was prepared for the Club of Rome in 1972. He has been a professor of three disciplines: management, engineering and social sciences, and has lectured in more than 50 countries. Dr. Meadows has received many awards for his contributions to science, including the Japan Prize in 2009; it is awarded for original and outstanding achievements in science and technology that contribute to the prosperity of mankind.

Dr. Meadows completed BA at Careton College and a doctorate in management from the MIT Sloan School of Management and has been awarded four honorary doctorates. He has directed research institutions at MIT, Dartmouth College, and the University of New Hampshire and has been president of the System Dynamics Society and the International Simulation and Games Association. He has developed numerous strategic games  that have been widely used in teaching and leadership training. Dr. Meadows has served on the boards of various companies and has been a consultant to the governments of the United States and many other countries. He is a co-founder of the Balaton Group, an international network of more than 400 professionals from over 30 countries who work with systems science, public policy and sustainable development. The Balaton Group met in Iceland in 2010 .

Limits to Growth used dynamic system analysis models to show the consequences of the interaction between population and limited natural resources. The purpose was not to predict the future, but to examine the interaction between exponential growth and scarce resources. Now, 40 years after the book came out, the model turns out to have been correct and the problems humanity faces are: overpopulation, destruction of ecosystems, pollution and dwindling natural resources.