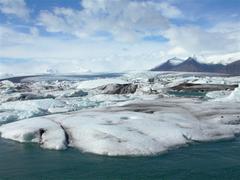 Stefan Rahmstorf is an oceanographer and climatologist. Since 2000, he has been a Professor of Physics of the Oceans at Potsdam University and is Department Head at the Potsdam Institute for Climate Impact Research. He was one of the lead authors of the IPCC Fourth Assessment Report and is a fellow of the American Geophysical Union. He is a co-founder of the blog RealClimate, and was portrayed as one of the world’s 10 leading climate scientists by the Financial Times in 2009.

Michael Mann is a physicist and climatologist, currently director of the Earth System Science Center at Pennsylvania State University. Dr. Mann is author of more than 140 peer-reviewed and edited publications. In 2012 he published The Hockey Stick and the Climate Wars: Dispatches from the Front Lines (2012). As a scientist who had contributed substantially to the preparation of IPCC reports, Mann received a personalized certificate from the IPCC for “contributing to the award of the Nobel Peace Prize for 2007 to the IPCC”.

Peter Sinclair is the author of “Climate Denial Crock of the Week”. He is a regular contributor to the prestigious Yale Forum on Climate Change and the Media, for which he produces a companion video series titled “This is Not Cool.” There are now more than 100 videos in the two series, which are used around the world to better understand and explain the most important environmental issue of our time.

Halldór Björnsson is Head of the Atmospheric Research Group at the Icelandic Meteorological Office (IMO).